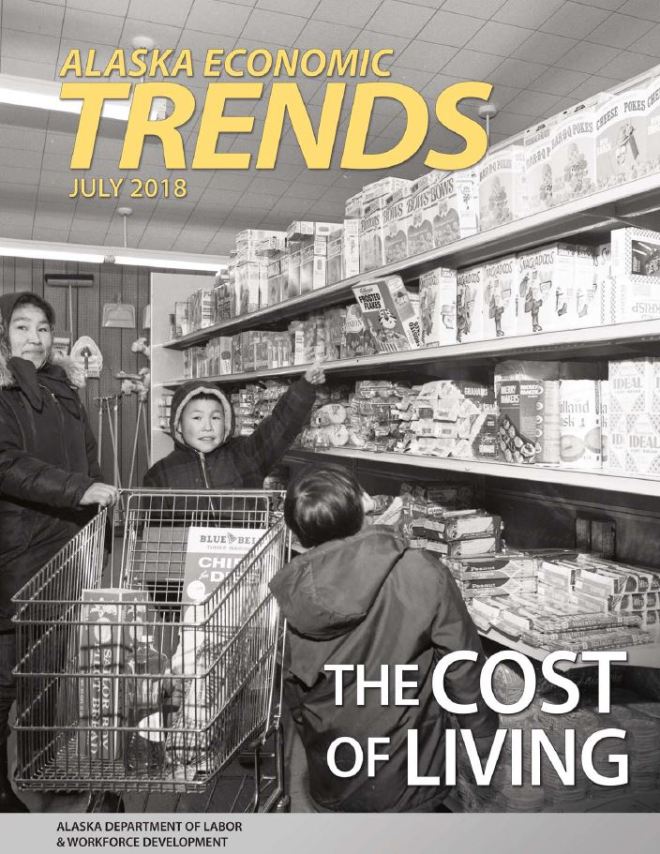 Our annual cost-of-living issue looks at costs around Alaska, how we compare to other places, and what’s happened with inflation in the last year. Inflation in Anchorage, the only place in Alaska it’s measured, was near a record low for a third straight year in 2017. While costs in Alaska are still high, other U.S. cities’ costs are increasing faster, meaning Alaska’s cities are no longer among the most expensive. Costs varied widely around the state, though, and many urban Alaska areas’ costs were similar to places like Portland while rural areas continued to pay a premium.