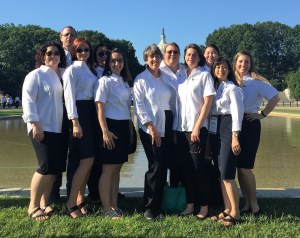 The Alaska Area Health Education Centers (AHEC) Program is proud to announce that it has been selected as the Alaska Career Preparedness Award recipient for the ACT College and Career Readiness Campaign. As the ACT College and Career Transition Award exemplar for Alaska, the Alaska AHEC has the opportunity to be considered for National Semifinalist status by an ACT Selection Committee. This committee will narrow the extremely deserving field of state exemplars into four National Semifinalists. Finally, a National Selection Committee composed of national education and workforce leaders will choose from the Semifinalists the four National Exemplars, one per category. These National Exemplars, along with all state exemplars and semifinalists, will be honored at an ACT event in late fall 2017. The Alaska AHEC would like to send a special thank you to all their partners and supporters.